Concept art and models from the Forge World Open Day.

For photographs of finished miniatures, please check out our Ork, Speed Freeks, Feral Orks and Grots galleries in our Warhammer 40K Galleries.

This page was last updated on the 1 February, 2011

Back in September 2009, Forge World released the Mega Dread... Go to latest updates... 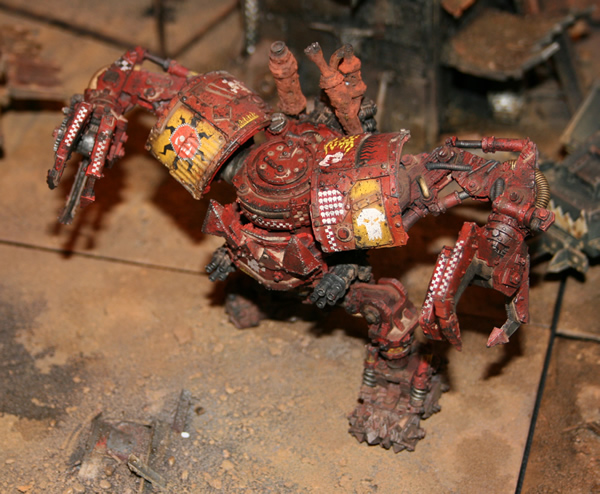 Just what every mekboy wants; an even bigger `Dread! This large new model is a great addition the Ork ranks; a smoke-belching, hydraulic monster able to tear apart enemy tanks and smash a side lesser war machines with contemptuous ease. Designed by Phil Stutcinskas with pilot by Mark Bedford, this is another amazingly detailed model which, standing at over 5” tall, dwarves a Space Marine Dreadnought.

I bought mine at GamesDay 2009 and purchased it with two Killkannons as I didn't think much of the Rippa-Claw, it looked flimsy in comparison to the model as a whole. Here is a photo of all the resin pieces. 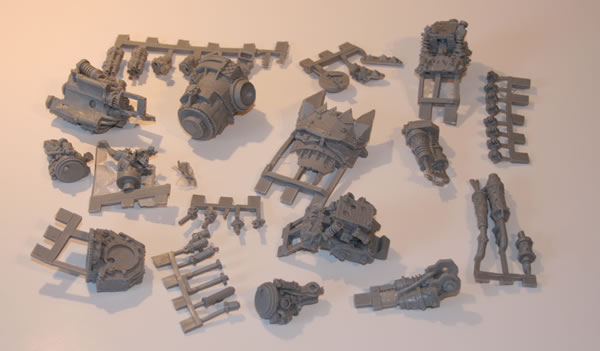 The body, waist and engine sections went together quite easily. I then added one of the exhausts. 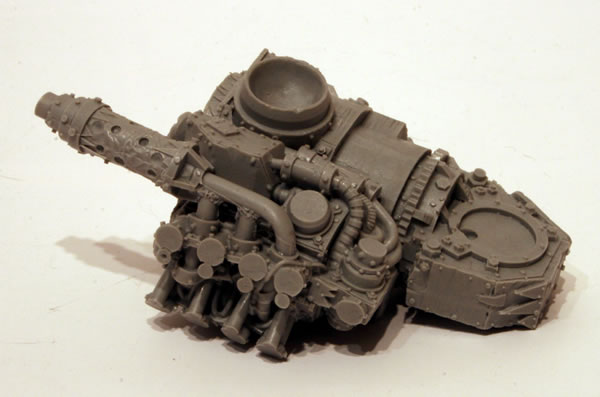 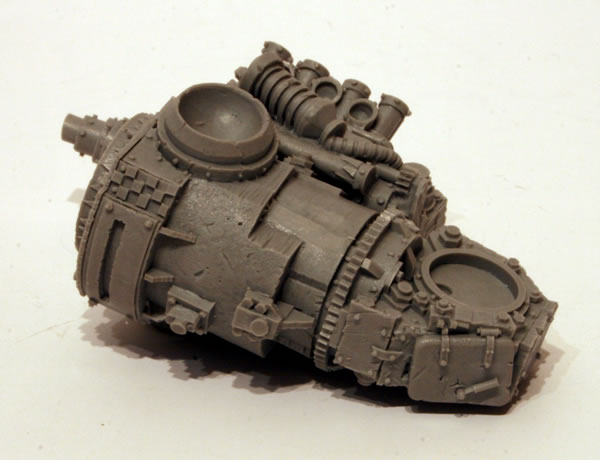 The legs have a fair few parts, including pistons. 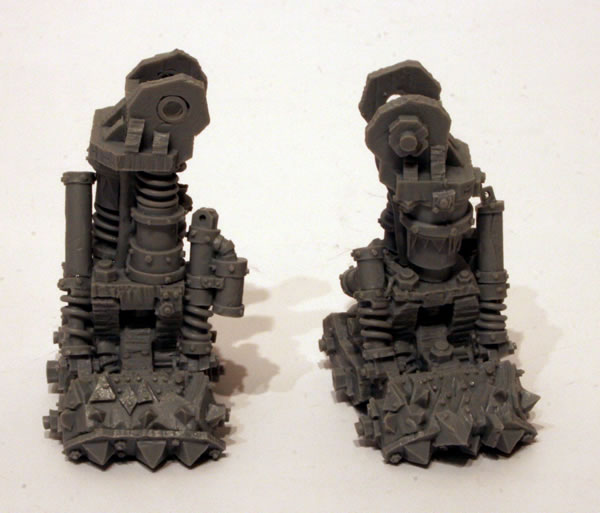